The campaign starts in, and is set in, the city of Waterdeep.

Shazuu: A Teifling, and Righteous Paladin of Hoar

Shining Brow: A Tabaxi noble from a far off land

Vandar Ashenblade: A dour man on a mission

Tang Kamma Wu: Secluded Monk, out in the world to seek his fortune 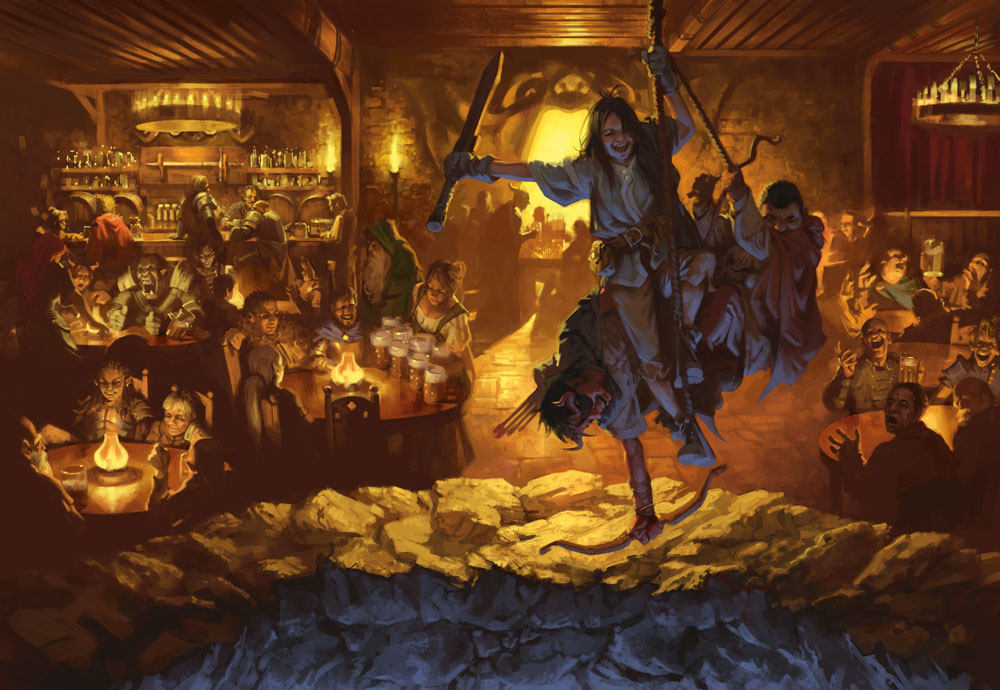 The players start on the Sword coast, and eventually make their way to the Cozinar islands, an archepelago far out in the Trackless Sea.

Fraeiyn – Moon elf Artificer from the Sword Coast. His brother, Trevor, is also an engineer, and worked closely with Havilat until his demise on the Isle of Black Powder.

Qui Feng – Warrior and Sorcerer, hails from far off Kara-Tur.

Harold – Halfling cleric of Lathander. Sees visions of the future, and was brought to the party on the Isle of Black powder after a powerful vision. Long story short, he’s on a mission from god.

The Lizardman – The unnamed Lizardman joined the group on the Isle of Black Powder. He’s an accomplished ranger and a barbaric fighter. Carries a greatsword named ‘Thing-breaker’

Lord Tamikos (Deceased) – Paladin of Lathander. Killed on the Isle of Black Powder.

Robin Brightwave (Deceased) – Sailor and scald. Killed on the Isle of Black Powder.