The players acquire Trollskull Manor as a run-down, boarded up building that’s been abandoned for decades. Remor has it that many years ago, Trollskull Manor was the site of an orphanage, run by a hag who subjected many of the children under her care, as well as various unlucky runaways, to unspeakable horrors. She was ultimately unmasked and killed by a collection of the children and neighbors. About thirty years ago, the Manor was reopened as a successful tavern and inn. Times were good for several years, until one night when the proprietor simply disappeared.

The building itself is four stories tall and, boasting balconies, a turret and 5 chimneys, Troll Skull manor was once most likely one of the grandest in TrollSkull Alley. However, now It’s fallen into disrepair. Boards cover most of the windows and doors. The roof needs work. The masonry needs re-pointing. There is a small porch along the front of the building, and there is a wide door, red paint peeling off. It’s not boarded up. From the outside, the first floor looks like it was a tavern… or maybe an inn? Over the front door is a rusting iron sign post. Chains hang from it, but the sign itself is broken missing. 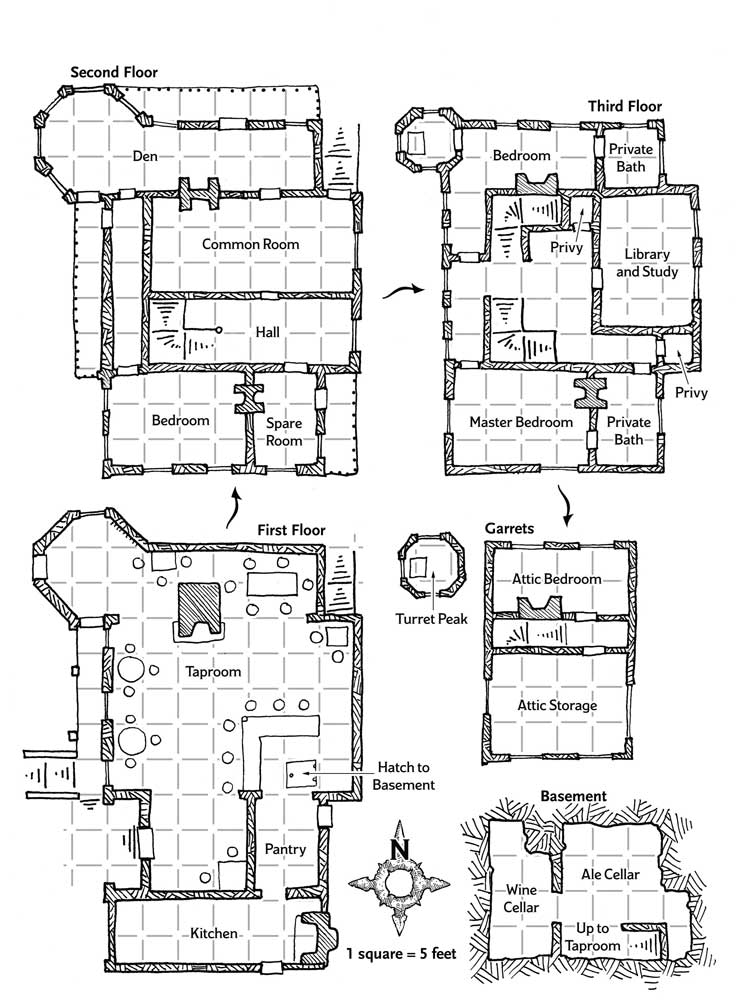 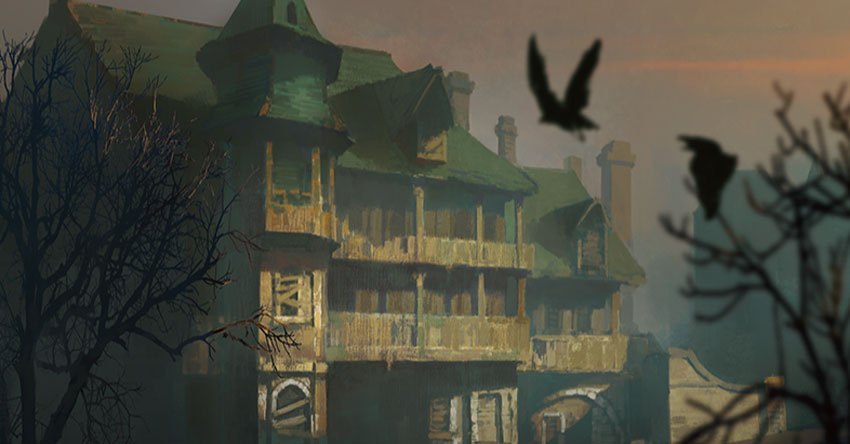 The team is given the building by Volo, in lieu of payment, for rescuing his friend Floon Blagmarr from the Zhentarim. After having the building examined by some local craftsmen, they compile a list of repairs that must be undertaken in order to make the residence livable, and open the tavern. This lengthy list includes repairing a hole in the roof, tearing up and replacing damaged flooring, replacing railings, and many more small details all totaling over 1,000gp. The group begins hiring laborers and craftsmen, and over the next few weeks the building starts to once again return to it’s former glory.

Shazuu also discovers that the building is haunted by the spirit of it’s former owner/proprietor. After days of sleeping in the tavern common room, and many sleepless nights full of dire nightmares, the party decides to investigate more fully. They hire a priest to commune with the spirit, and hire a sage to research the mansion’s history. They find out the following:

After repairs were complete, and the haunting dealt with, the group decided to re-open the tavern, and use the upper floors as a residence/base of operations. They work with the Fellowship of Innkeepers representative to assist in hiring decisions, and bring on the re-opened establishment’s staff:

Lif (Bartender) – The ghost of the proprietor of the original Trollskull Manor still hangs around, and occasionally serves drinks, cleans up spills, and bounces unwelcome patrons.

Isgrig & Dupre (Bartenders/Brewers) – The two dwarven brothers treated the tavern as their own from the day they first arrived. They trade off shifts at the bar, and often while one is working, the other can be found drinking his pay on the opposite side of the plank bar.

Thomas ‘The Twerp’ (kitchen boy) – Thomas is a quiet lad who’s barely noticeable most of the time. He washes up, runs errands, and generally acts as an assistant to Patrick.

Roxy and Hilda (Serving staff) – The manor’s two serving-women couldn’t be more dissimilar. Roxy is a vivacious, if vapid, red-head, while Hilda is a mountain of a woman who’s as short-tempered as she is ugly… she can lift a whole half a pig with one arm, however, and is the first into the fray when the occasional scuffle occurs in the common room.